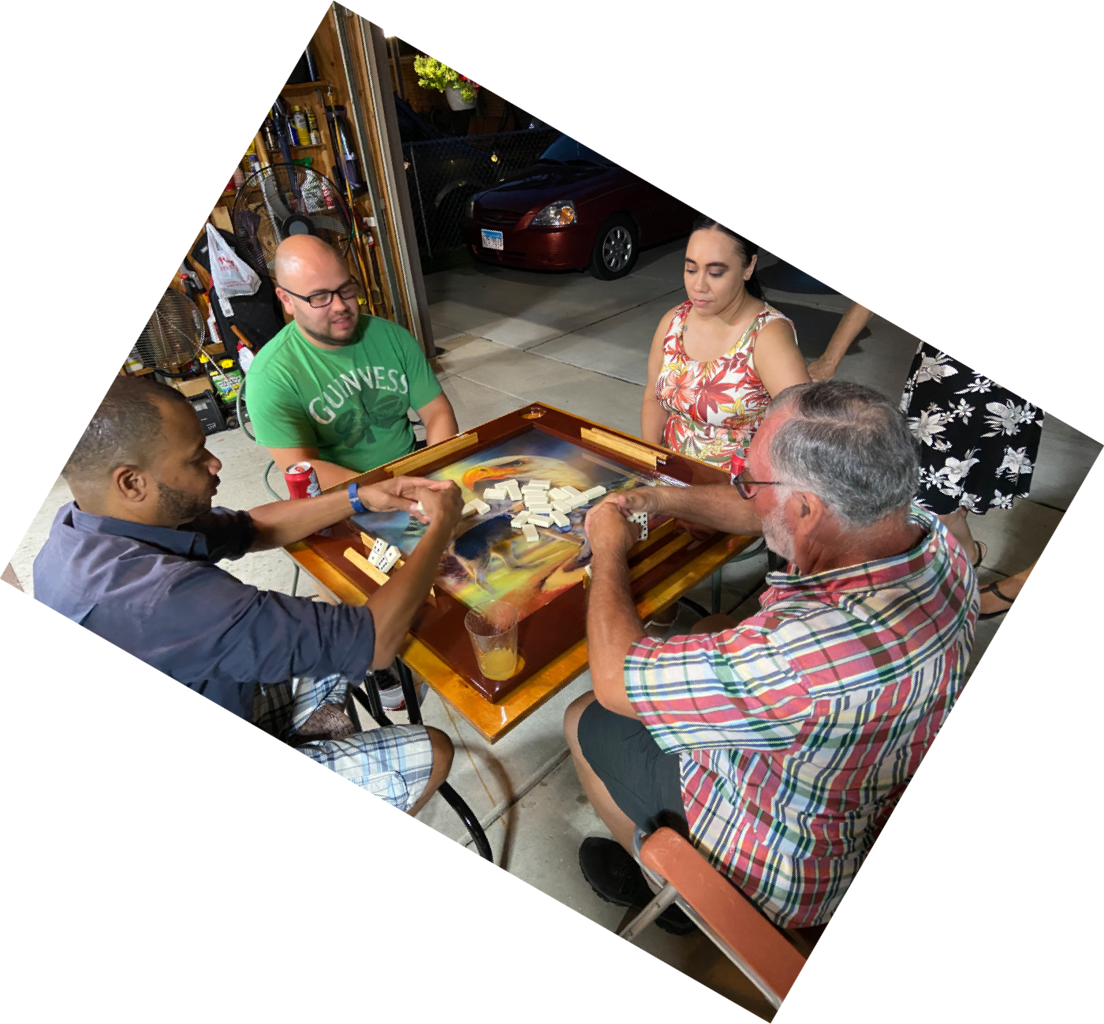 Let’s Play Dominoes is owned and operated by Anthony Lighthall. An enthusiasts who enjoys playing dominoes with friends and family whenever the opportunity arises. As long as there were a set of dominoes and a flat surface to play on Anthony is ready get his next capicu!  Anthony decided one day he needed a domino table to play on with a smooth surface, cup holders and custom designs.  After researching other tables and designs Anthony started to build his first custom domino table.  His table was only for his personal use but everyone who played on it wanted one for themselves too. Then Let’s Play Dominoes became his business!